During a teacher’s increasingly busy work life it is often story time that is the first thing to be deleted in a timetable.  That makes me incredibly sad, as reading aloud has the potential to impact positively on the lives of children in so many ways.

Some of my very earliest memories as a child at school, were sitting on a ridiculously hard, woven plastic mat, that left impressions on bare legs and harboured solidified seams of vomit, but still becoming completely lost in the world of Gobbolino the Witch’s cat. 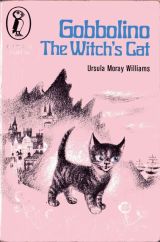 I must have been 5 years old, but I still remember how dark the witch’s cave felt and how white Gobbolino’s paw looked in the moonlight.

Fast-forward 40 *something* years and I witnessed the power of the storyteller with a group of ‘non-writers’ at an alternative provision.  I used the term ‘non-writers’ as they found the whole process very frustrating, which could trigger angry outbursts, tearing of paper or tears.  The brilliant actors from ‘Time Capsule Education’ retold the story of Robin Hood and had the children laughing out loud, literally clutching their sides (an absolutely joyful sound) and joining in the story with great gusto (and actions!).

The day after, they all joined in a retelling of the story (with actions and laughter!) and put pencil to paper for an entire lesson, writing their version of the story.  In fact, I had to send for more paper as their stories grew and took shape.  Internalising the story made it theirs and gave them the gift of words and ideas to write for themselves.  They were incredibly, and rightfully, proud of their finished stories.

Closer to home, as a working mum, I often feel I don’t give enough time to my own child and now he is 10, I rarely get to read a story to him anymore.  We seem to spend an inordinate amount of time in the car driving home at the end of the day, and that is where I had my flash of inspiration….Audible!!!!!!

No longer would time spent queuing in traffic be wasted, but instead those hours would be filled with the entire collection of Sherlock Holmes stories, read exquisitely by Stephen Fry (all 71 hours and 57 minutes), followed by Bram Stoker’s Dracula, The Strange case of Dr Jekyll and Mr Hyde and countless Agatha Christie mysteries.  My son had always been a struggling writer and he had grown to hate Fridays as they were writing days.  He would feign illnesses and cry because he had to miss break time to get his stories finished.  Every parent consultation was the same….’he is very good at reading, super at maths, but really struggles with writing’, in fact he was barely at age-related expectations….then this happened… 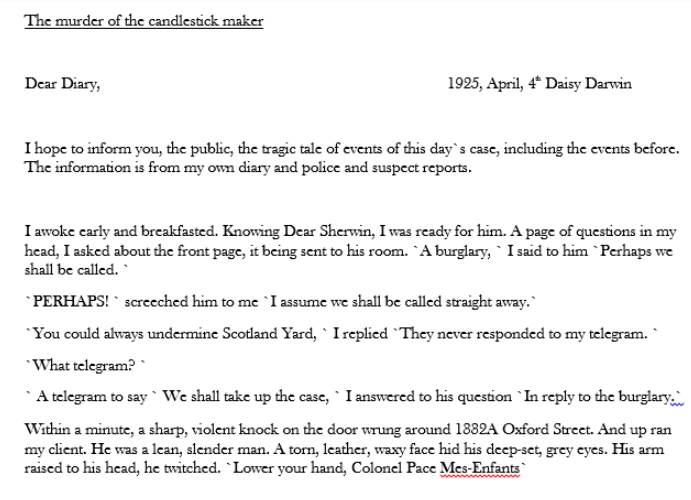 He started to write for fun…he believed he was a writer.  He asked for a typewriter for Christmas (as that is what all authors use) and began to write in his free time.  He absorbed the language of Conan Doyle, he used the tone of Sherlock, he structured his stories with twists and turns and dark alley’s and poison and brandy as a cure-all…all without reading a word himself…he heard the words and inhabited the world.

His writing was moderated across his school’s Federation as part of the end of Key Stage 2’s teacher assessment process….and they agreed he was greater depth.  But, even more importantly, he devours the books for himself now…and in the car we have moved on to Poirot’s Finest Cases… 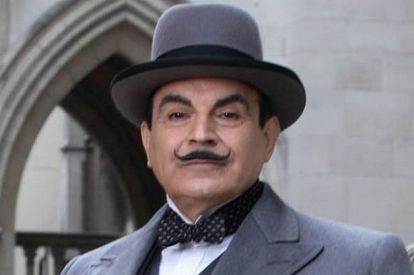